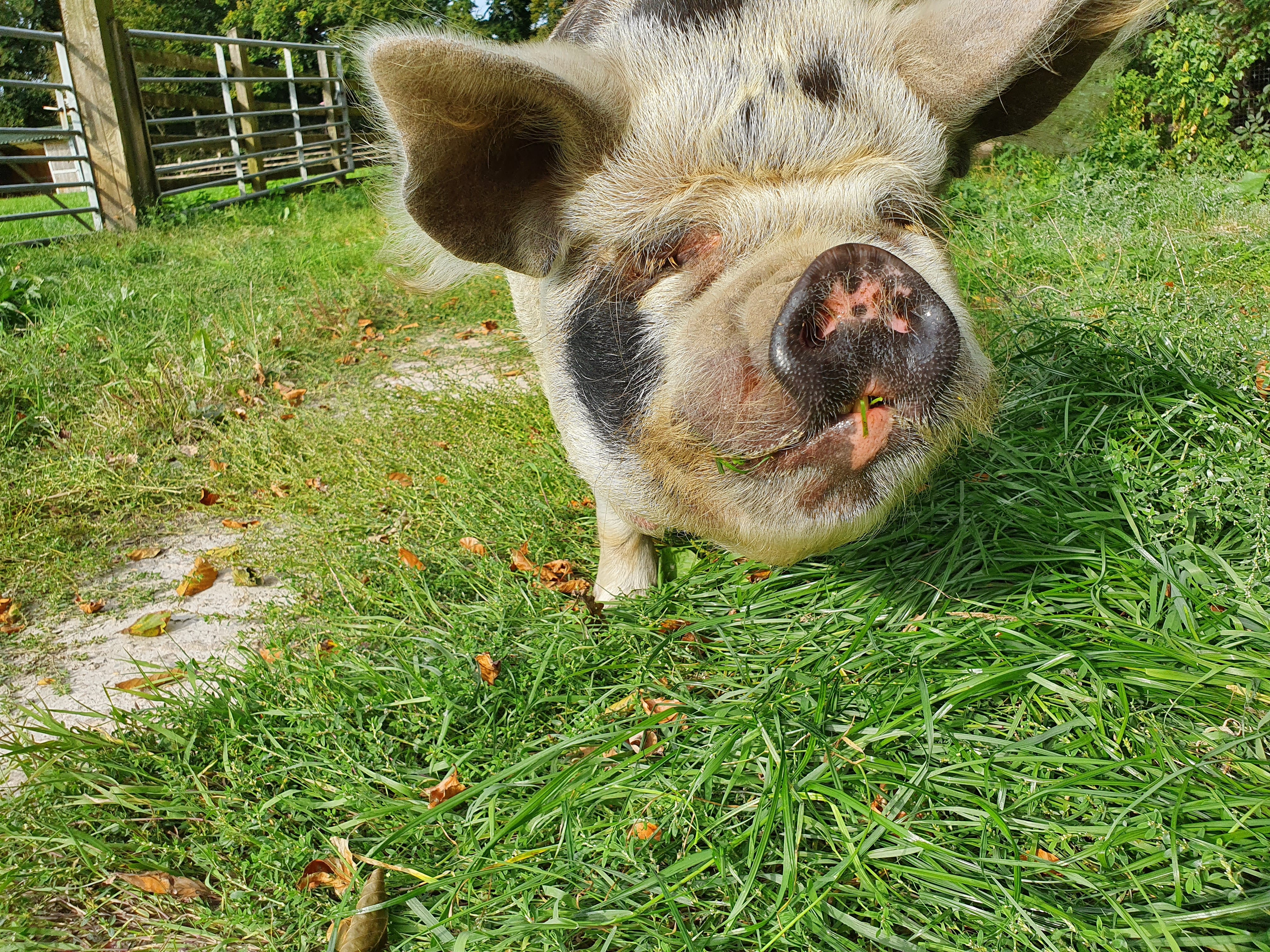 Animal : Pig
Sex : Female
Breed : Kune Kune
Colour : Pink & Black
About :
Ruffles is a Kune Kune pig who arrived at Ferne as her owners no longer had the space for her. Ruffles loves human attention and will rush over to you for a fuss! She has a pair of tassels under her chin called Piri Piri, which is a classic feature of a Kune Kune pig. Ruffles loves being scratched and in the Summer months enjoys having her sun lotion applied! With a fruit and veg snack at lunch time she is always first in the queue, after which she enjoys playing in mud baths and getting up to ‘piggy’ mischief!
Sponsor Ruffles
MASCOT MAYHEM - Sponsor your chosen mascot today!