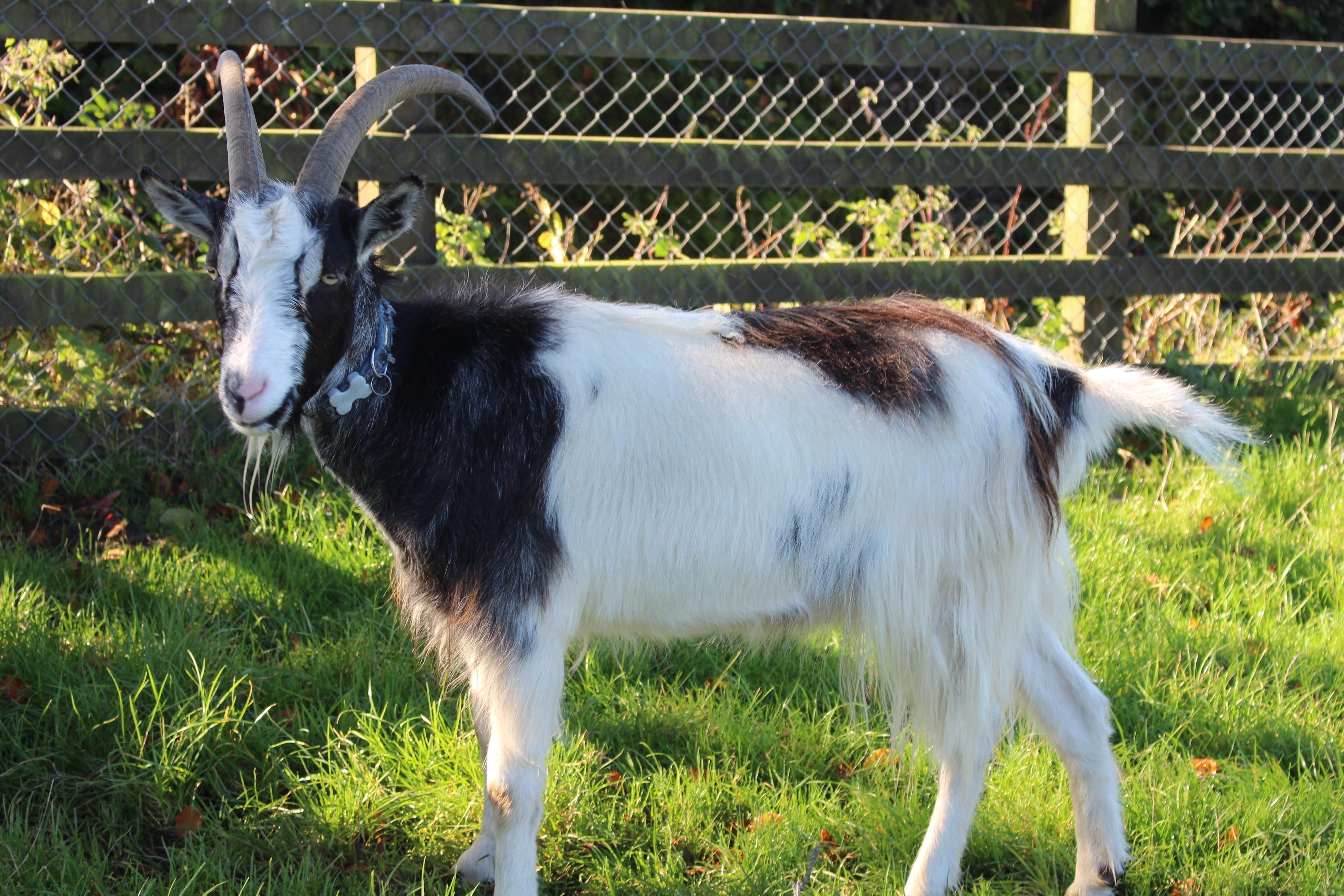 Animal : Goat
Sex : Male
Breed : x Breed
Colour : Grey & White
About :
Walter came to Ferne as an orphan in 2015, he was found after his Mum tragically fell from a cliff edge. Poor Walter was only a few hours old when he arrived at Ferne, small and fragile, he was hand reared by our dedicated Animal Care team. Walter wouldn’t have survived without the help of Ferne. He has become a handsome, cheeky young man who loves spending the summer out in the field with his friends and the Winter in the barn as he is not a fan of the cold weather!
Sponsor Walter
MASCOT MAYHEM - Sponsor your chosen mascot today!